The Board of The Directors

Mr. Dao Manh Khang has 26 years of experience in Finance and Banking, and 14 years working at the Supervisory board and the BOD of ABBANK. 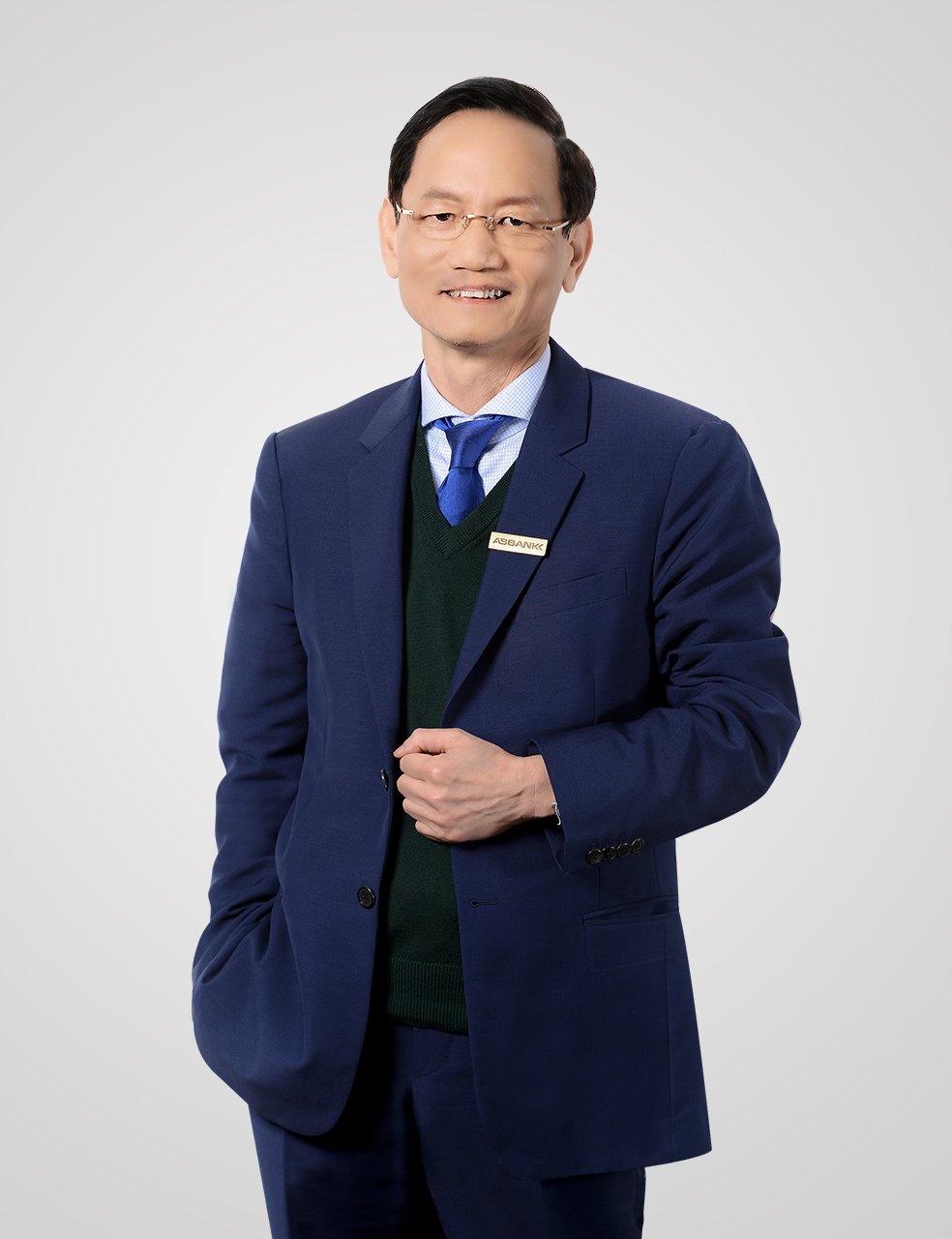 Mr. Vu Van Tien is one of the most successful and prestigious entrepreneurs in Vietnam. He has been honored with a series of awards by the Government and the State of Vietnam for his great contribution to the Vietnam economy development such as Third-class Labor Medal; Medal of “Devotion for the Young Generation”; Certificate of Merit from the Prime Minister of Vietnam; Certificate of Merit from the People’s Committee of Hanoi; Red Star Award; 2015 Brilliant Citizen Award. He has continuously participated in the management of ABBANK at the highest positions in the Board of Directors since 2003. She has 43 years of experience working for international financial institutions in the United States and Asia: American Express, Bank of America, Chase Bank, Standard Chartered Bank; and was a Member of the Board of Directors of Vietnam Holding Limited. In addition to being a trainer at Vietnam Bankers Training Academy and a visiting lecturer at RMIT University Vietnam, she is also a consultant for projects of IFC and SECO. She has been elected as a Member of the BOD of ABBANK since 2016. 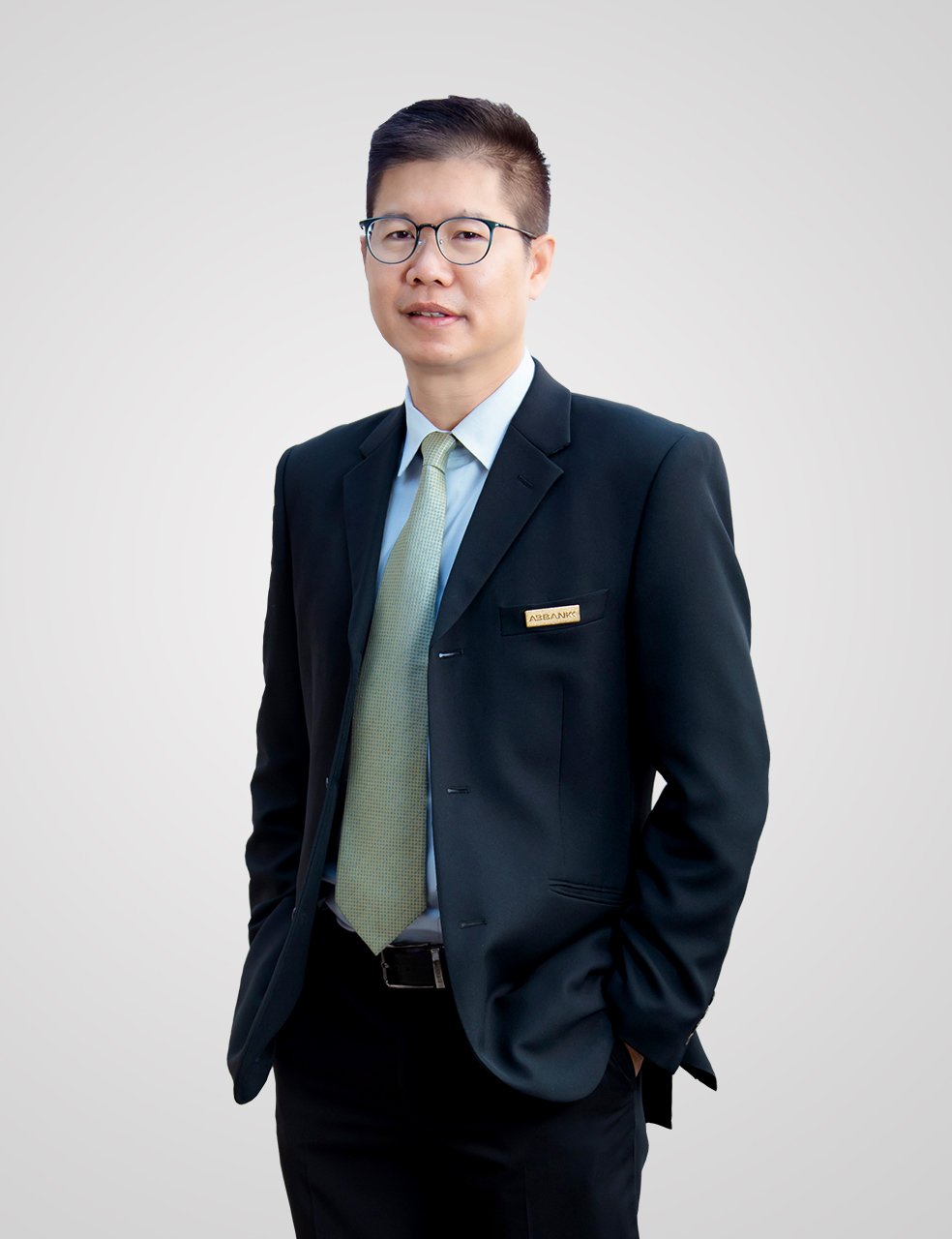 Bachelor’s Degree in Accounting and Finance, London School of Economics and Political Science
Member of the Institute of Chartered Accountants in England and Wales

He has been working in Vietnam since 2012 as the General Manager of Maybank Vietnam and has been elected as a Member of the BOD of ABBANK since 2018. 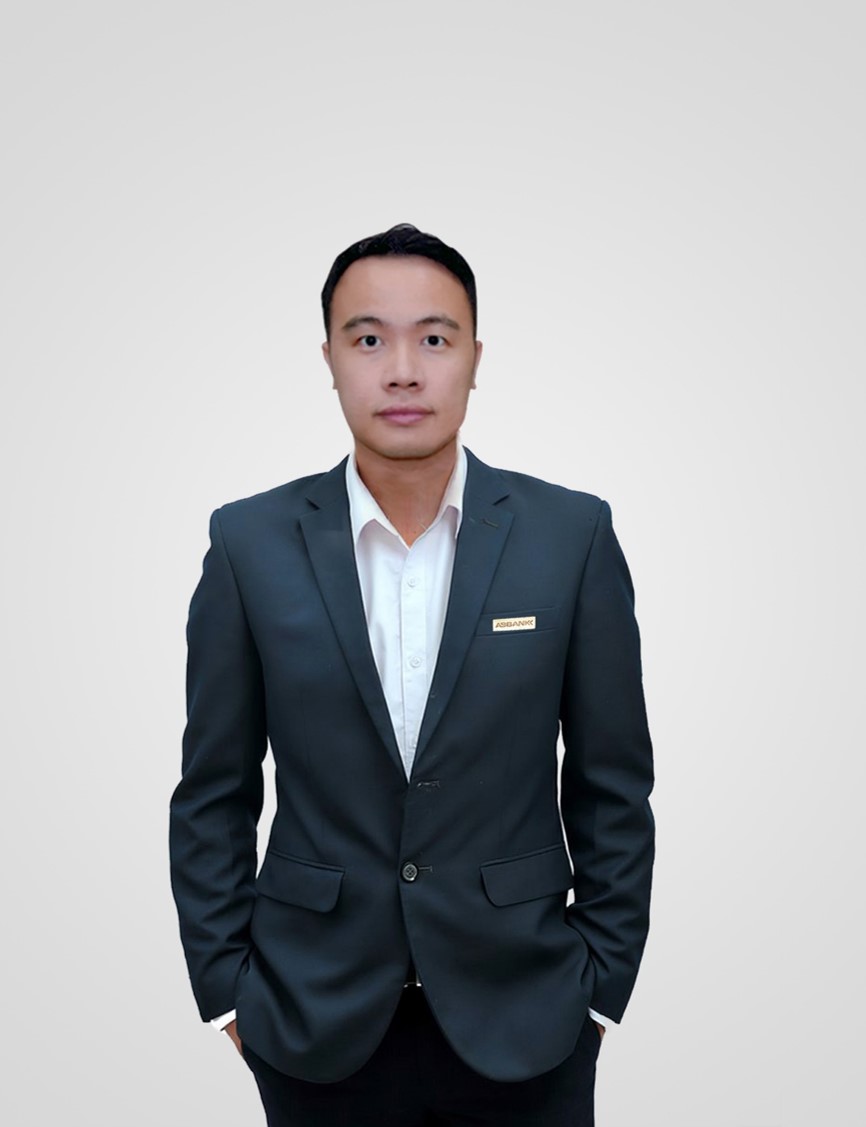 He joined Maybank in 2013 and is currently holding the position of Head, Group Strategy & Business Development, Maybank Group. He is elected to ABBANK Board of Directors since June 2020. 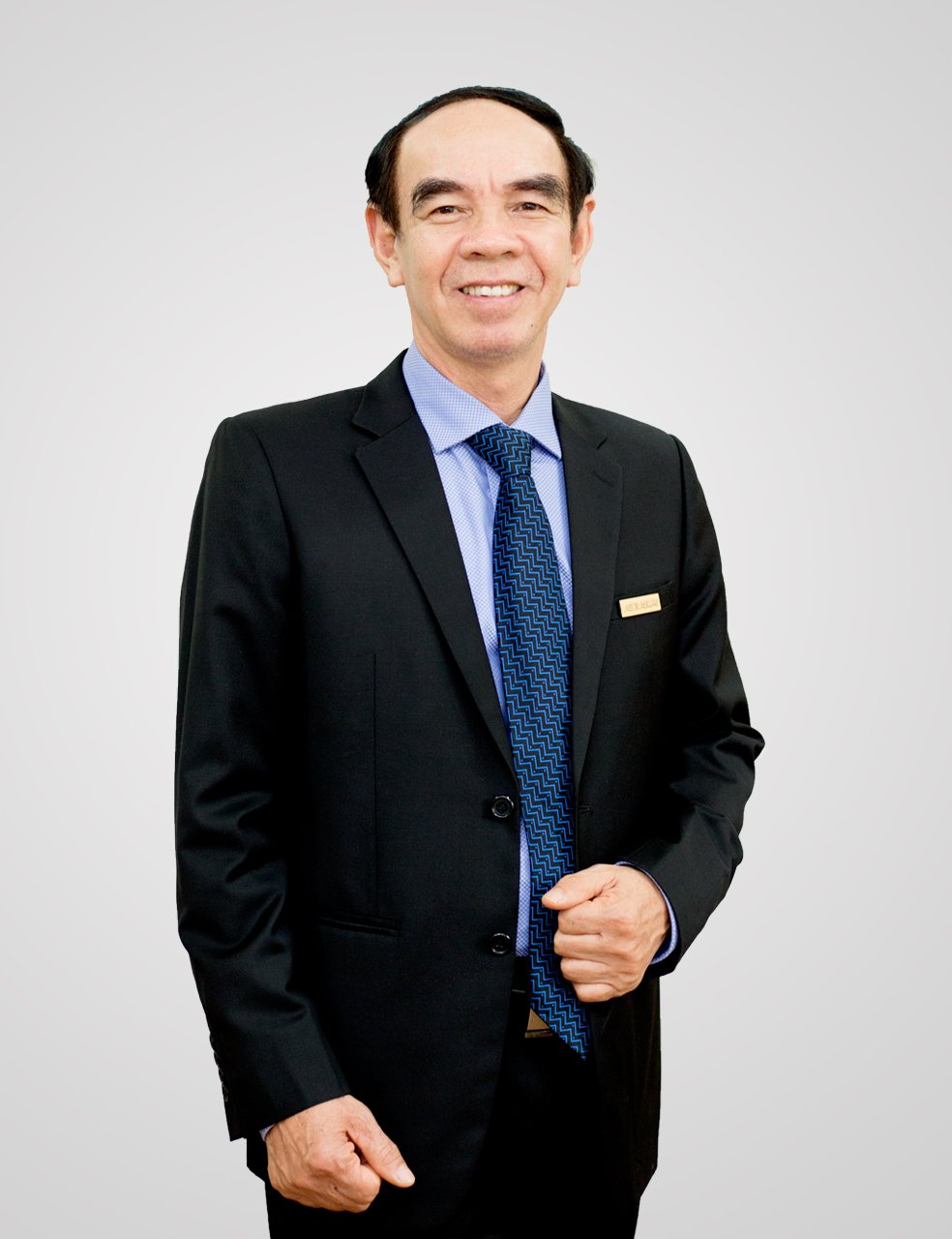 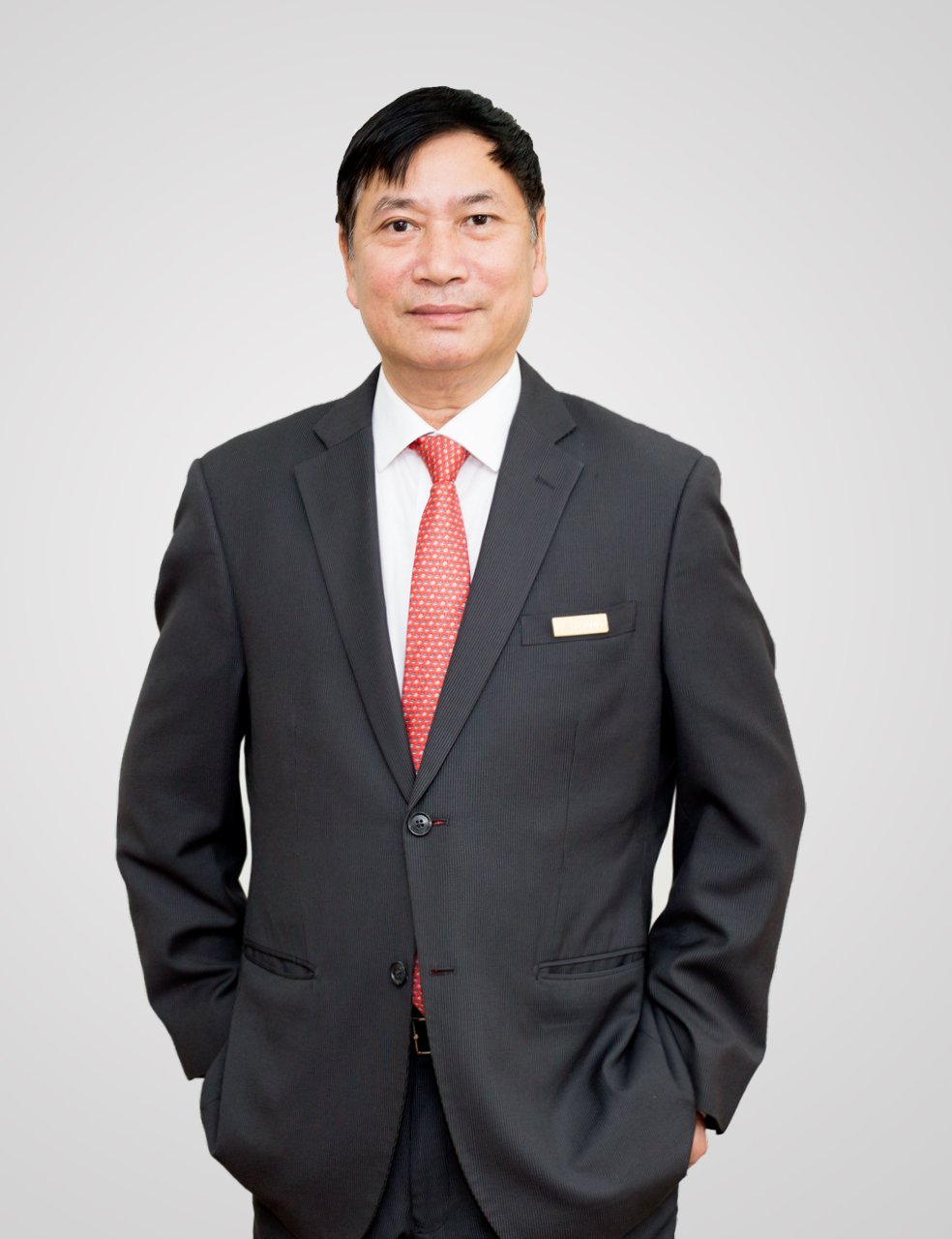 Ph.D in Economics, with a Major in Finance and Banking, Banking Academy Ms. Nguyen Thi Hanh Tam has 27 years of experience in accounting, auditing in banking and finance sector. She has held the position of Financial Accounting Director, Vietcombank Leasing; Head of Finance and Accounting Department - Bao Viet Commercial Joint Stock Bank. She is the Chief Accountant of ABBANK continuously from 2010 to present. Ms. Pham Thi Hang has 23 years of experience in field of inspection and supervision of the State Bank, internal audit of banks and finance companies. She has joined in ABBANK’S BOS since 2016. She has 34 years of experience in the field of Finance and Banking, and has held key positions in business areas, credit appraisal and business unit management at the Bank for Agriculture and Rural Development of Vietnam (Agribank). She was elected to the ABBANK’s Supervisory Board for the 2018-2022 term since April 25th, 2018.

Mr. Le Hai has more than 23 years of experience in the Banking and Finance industry; He had taken key positions at MB BANK such as: Deputy General Director in charge of Business, Acting Director of SME Division, Director of Consumer Banking Division, Director of Evaluation Division ...
With outstanding achievements and dedication to the banking industry, Mr. Le Hai was honored to receive the Title of Emulation Fighter in the Banking industry in 2013 - 2016, Trophy for the Vietnamese Banking industry 2018 and Certificate of the Governor of the State Bank of Vietnam for the outstanding achievements contributing to the completion of the Bank's tasks in 2011 - 2012. Mr. Le Hai assumed the position of Acting General Director of ABBANK from April 1, 2020. 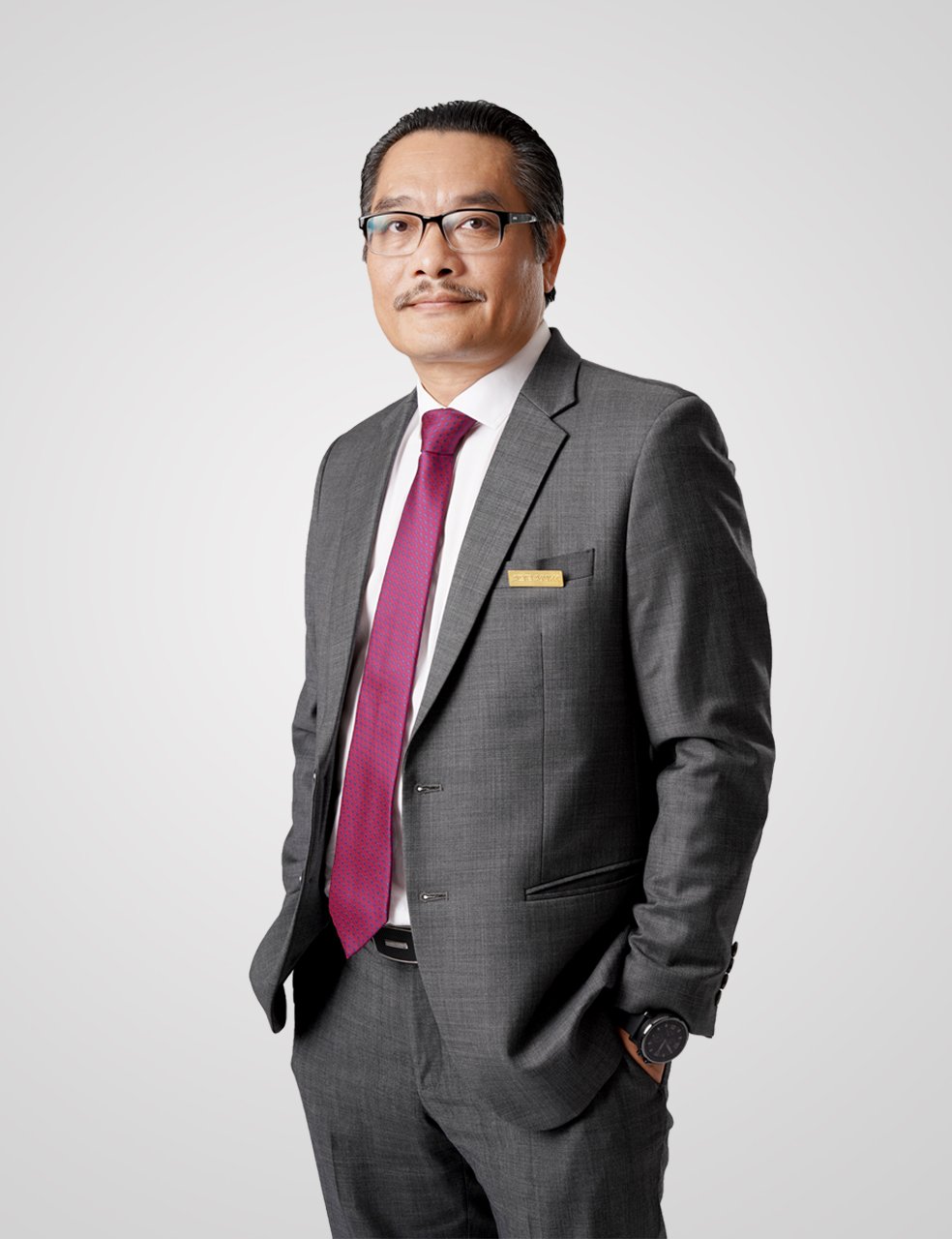 Mr. Nguyen Manh Quan has more than 25 years of experience in the banking industry; He had taken key positions at VID Public Bank; CitiBank; HSBC, SeAbank, HDBank, and MDBank; He has been assigned to be the Deputy General Director of ABBANK since June 2015. Mr. Nguyen Manh Quan was assigned the duties and rights of ABBANK’s CEO from January 12, 2018 to May 4, 2018. 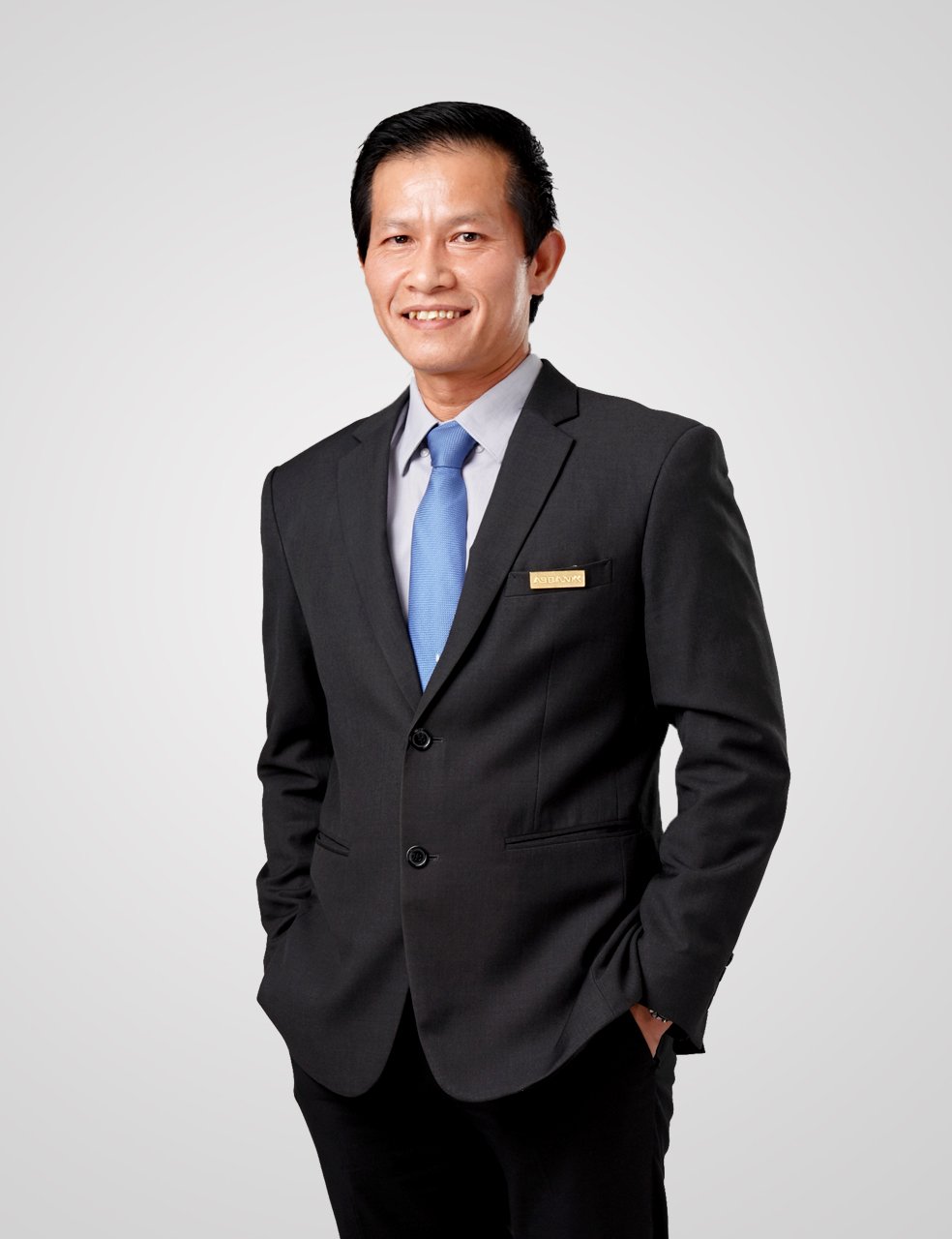 Mr. Dien has more than 24 years of experience in banking and finance. He has held key positions at banks such as Techcombank, Vietcombank, ACB, MSB, SHB. From 8th August 2017, he was appointed Deputy General Director of ABBANK. Ms. Nguyen Thi Huong has more than 25 years of experience in banking and finance industry, including 13 years working at the State Bank of Vietnam and 11 years working at ABBANK. She has been assigned as Deputy General Director of ABBANK since January, 2016. Bachelor of Credit
Master of Economics of Banking and Finance

Ms. Pham Thi Hien has 26 years of experience in Banking and Finance industry, including at Vietcombank, HSBC Vietnam and now is ABBANK. 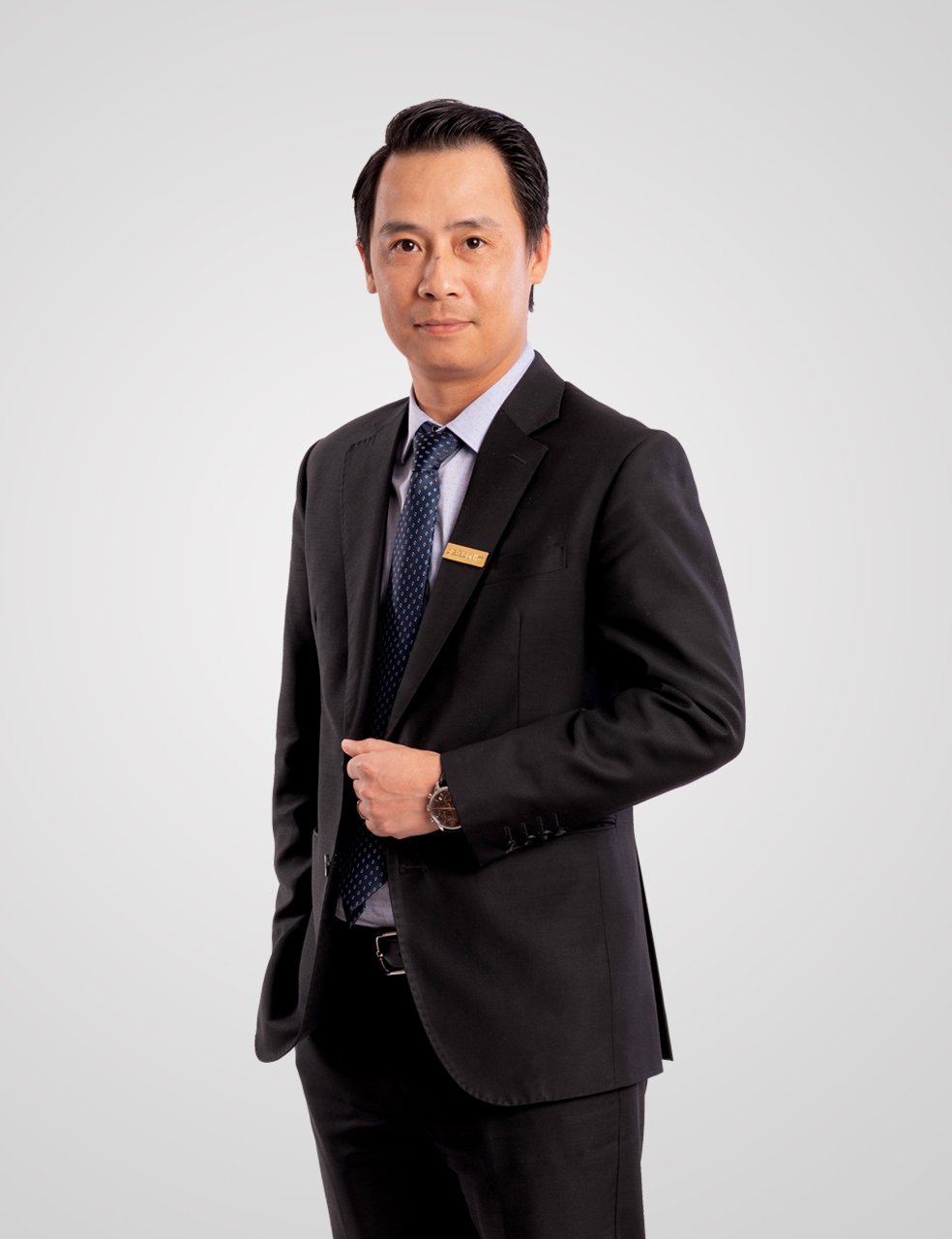 Mr. Ha has more than 14 years of experience in banking. He has held key positions at banks such as SeABank, Techcombank. He joined ABBANK from 04 the July 2019 and he was appointed Deputy General Director of ABBANK from 08th October 2019. 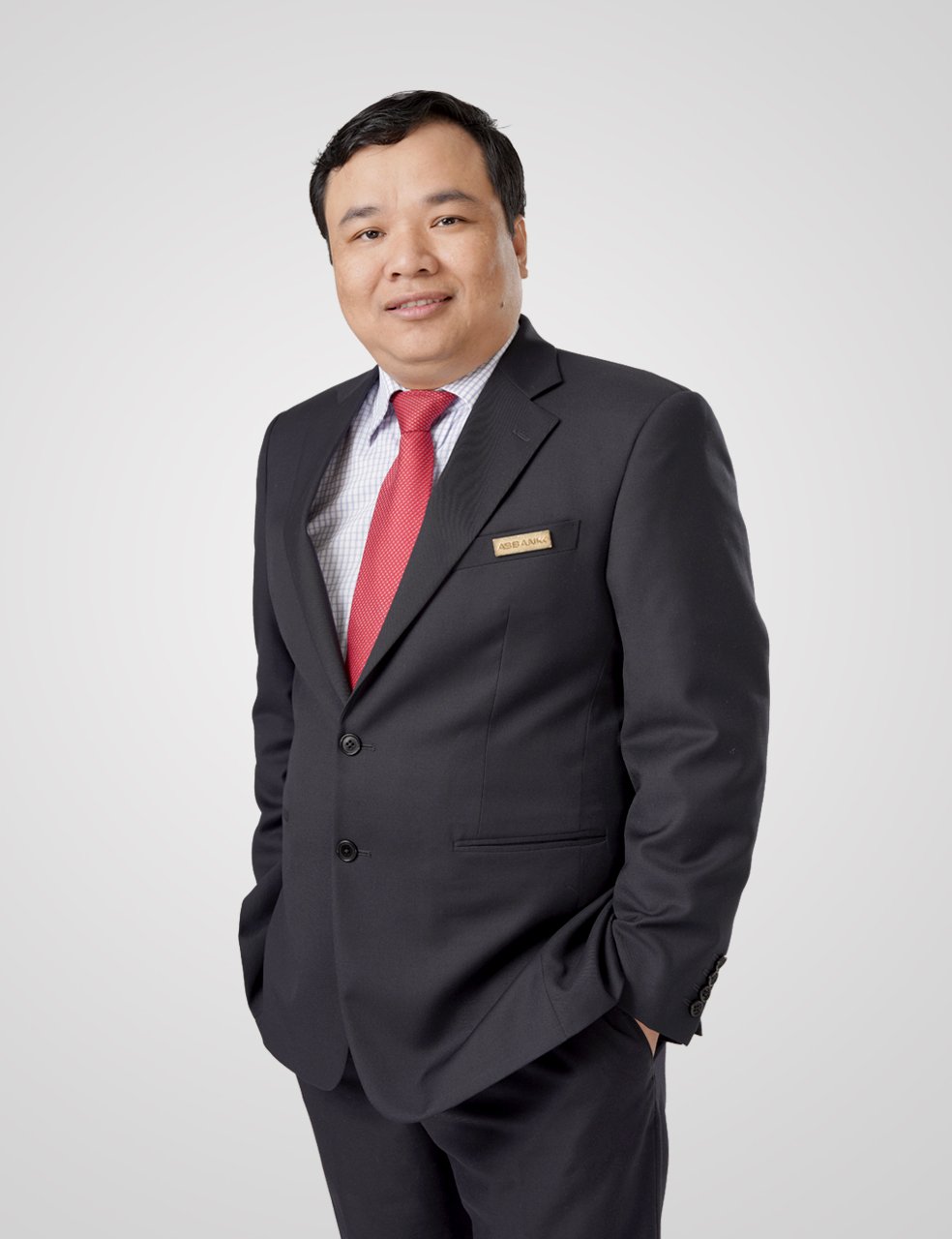 ÔMr. Le Manh Hung has more than 18 years of experience in banking & finance. On 9th August 2017, Mr. Hung was appointed as a Board of Management member and Director of corporate banking division at ABBANK. 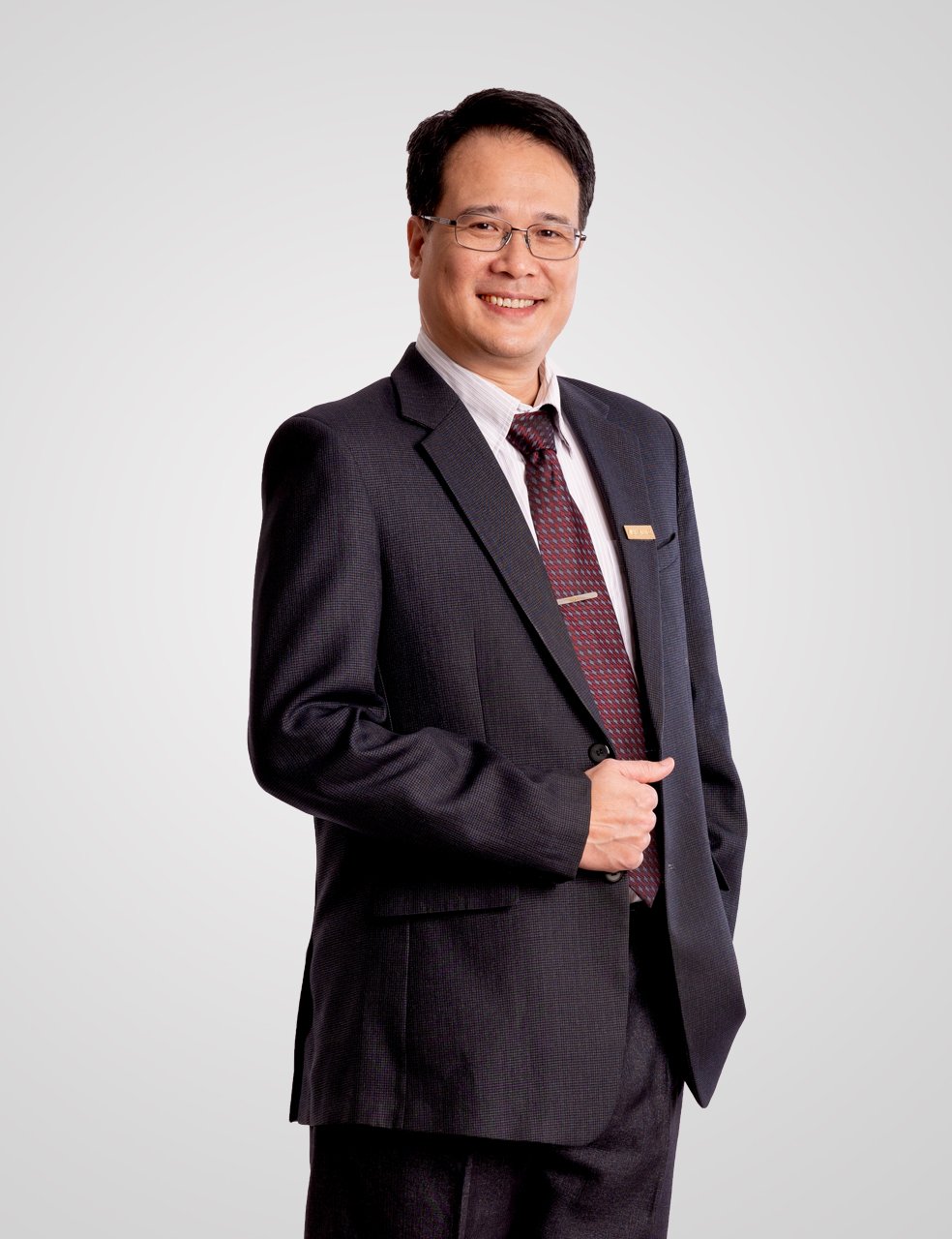 Mr. Thang has over 28 years of experience in Information Technology and many years of management positions. From March 2, 2018, Mr. Thang was recruited and appointed as a Member of the Board of Management and Director of ABBANK Banking Technology Division. 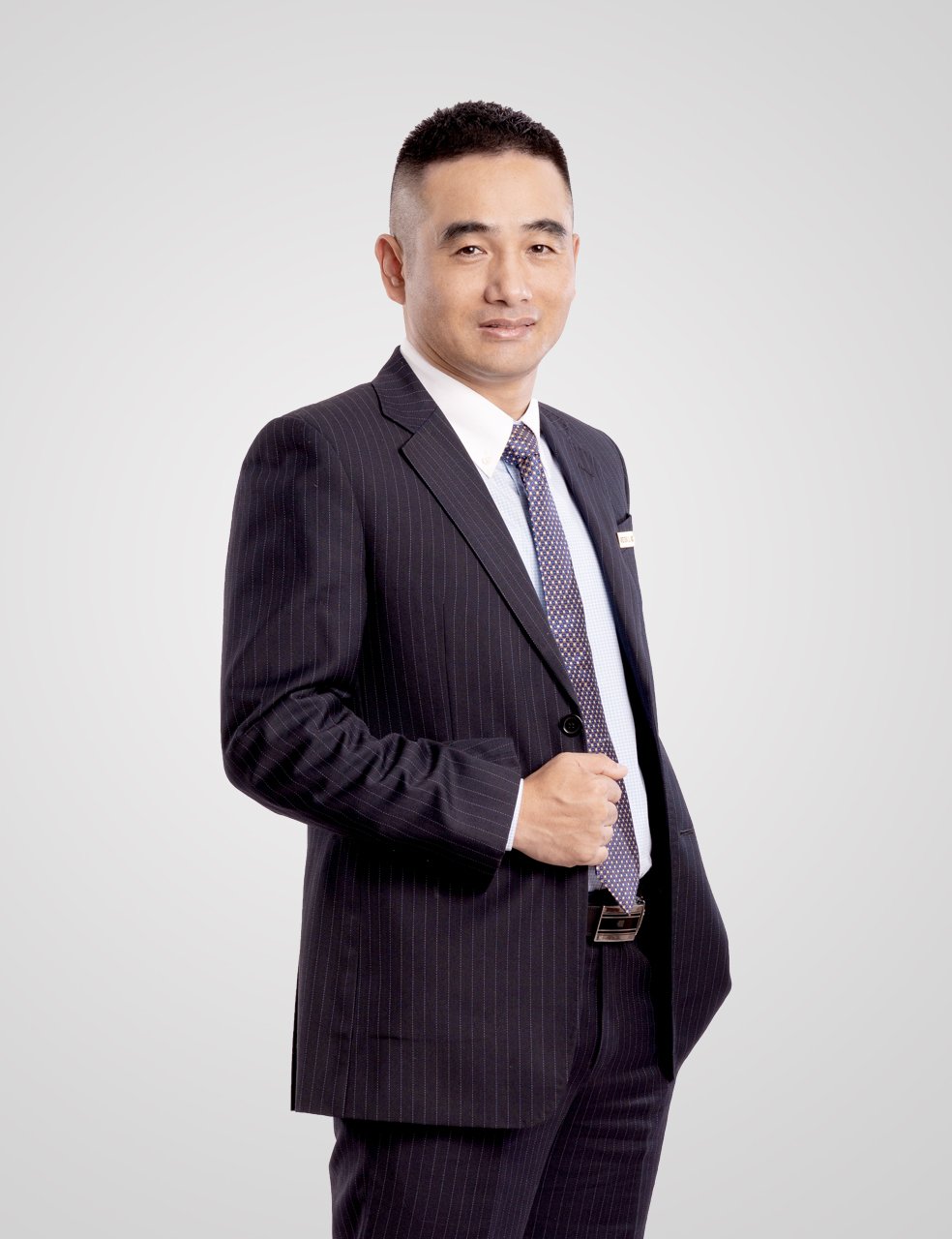 ÔMr. Quang has more than 21 years of experience in banking and finance industry, including 18 years working at ABBANK. He has been assigned as Member of the Board of Management and Director of SMEs Division of ABBANK since 20th April 2019.